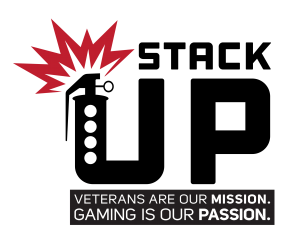 To coincide with the February 12th launch of Evolution: The Video Game, we’re going to be hosting an all-day Twitch stream-a-thon to benefit the charity Stack Up! Join us on multiplayer, watch us discuss the game’s development, and help us contribute to a meaningful cause.

From 10am EST Feb. 12th to 2am EST Feb. 13th, the North Star Digital development team, along with their rotating guest streamers tvgBadger, bifuteki, and yujoon, will play Evolution: The Video Game live on Twitch all day and well into the early morning. We’ll tally up our guest streamers’ game score after each game and donate that score as a dollar amount to Stack Up. We will also be requesting donations from the viewers to support this admirable charity, which uses video games as a way to support veterans’ mental health and well-being.

Stack Up has a number of programs, including a suicide prevention initiative, community support networks, general mental health advocacy for veterans, and a “Supply Crate” program that provides deployed service members with much-needed entertainment in the form of donated video games. North Star Digital is proud to be partnering with Stack Up for the first time, and encourages their fans and the streaming community to join them for this event.

The stream will begin and end with a casual talk show-style segment, where some members of the development team will play the video game live, chat about the game’s art, mechanics, inspiration, and the development process, and talk about Stack Up’s charity work and how they use video games to support veterans.

Help support Stack Up, some wonderful volunteer streamers, and the awesome indie team behind Evolution: The Video Game by joining them February 12th on https://www.twitch.tv/northstargamestv, follow North Star Digital on Facebook, Twitter, and their official website for updates and information.