Evolution: The Video Game is 20% off Until April 26th! 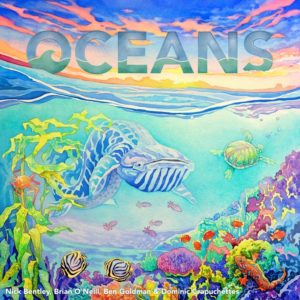 Oceans, the newest game in the Evolution family, is a roaring success on Kickstarter, and to thank our fans and supporters, we’re giving everyone 20% off the video game through the last day of the Oceans campaign! From now until April 26th get Evolution: The Video Game for $7.99 on mobile and $11.99 on Steam. If you’ve been on the fence about paying for the full game, or if you’re trying to convince your friends to jump in and play, now’s the time!

In addition to this awesome discount, you still have a chance to win one of 350 remaining board games from our 1,000-Game Giveaway. 650 winners have already been chosen, so jump into the multiplayer pool and play every day for your best chance of winning.

If you like Evolution, you’ll love North Star’s newest game, so give your fingers a rest for just long enough to back Oceans on Kickstarter. As a backer, you’ll get your copy of Oceans at below retail price, and you’ll get a whole pile of promotional extras.

Thank you to our fans for making North Star’s projects a success, and remember to never stop playing!